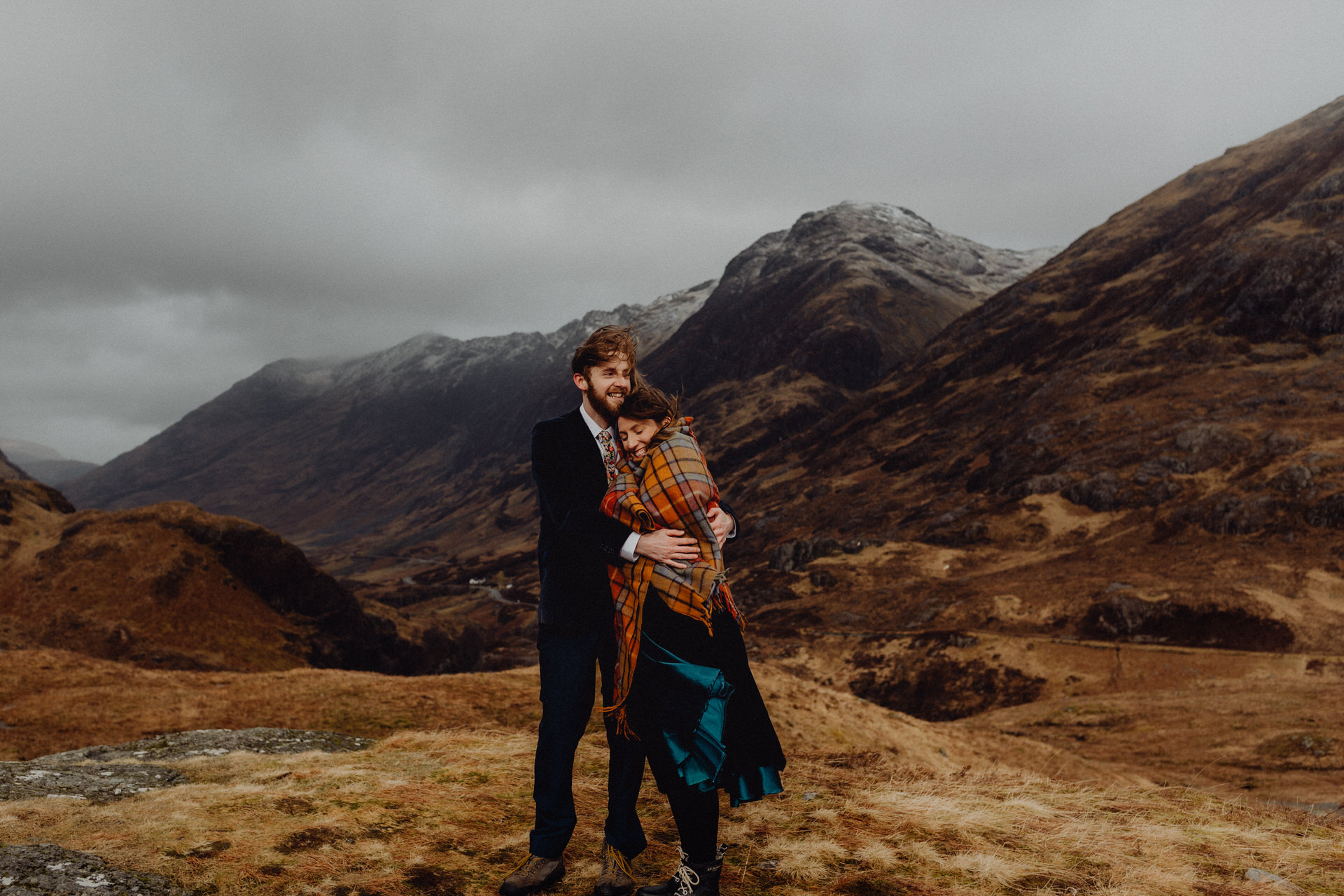 Stephanie & Matt picked the view point at the start of the 5 mile walk for their ceremony location.  It's a short (just slightly steep) hike up from a lay-by and once you've reached the spot you're rewarded with views right down the glen.  What we didn't know was that there was cold icy strong winds waiting for us at the top! 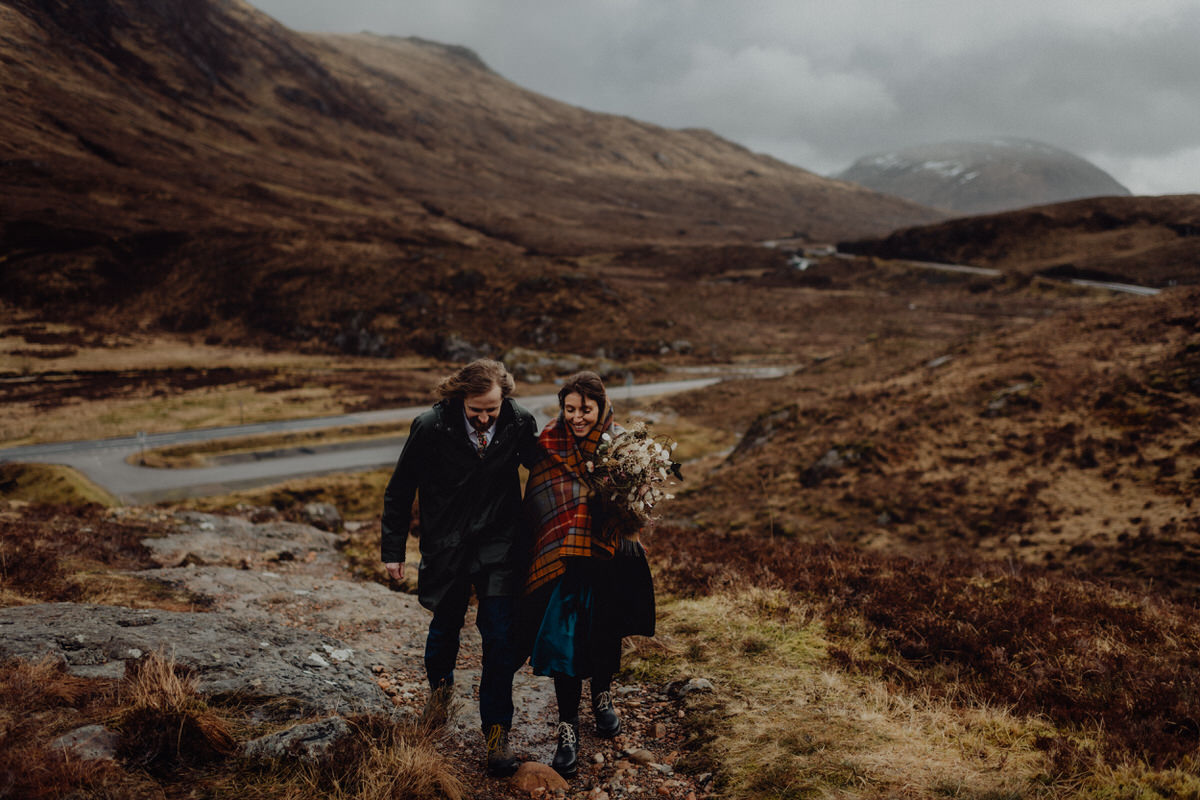 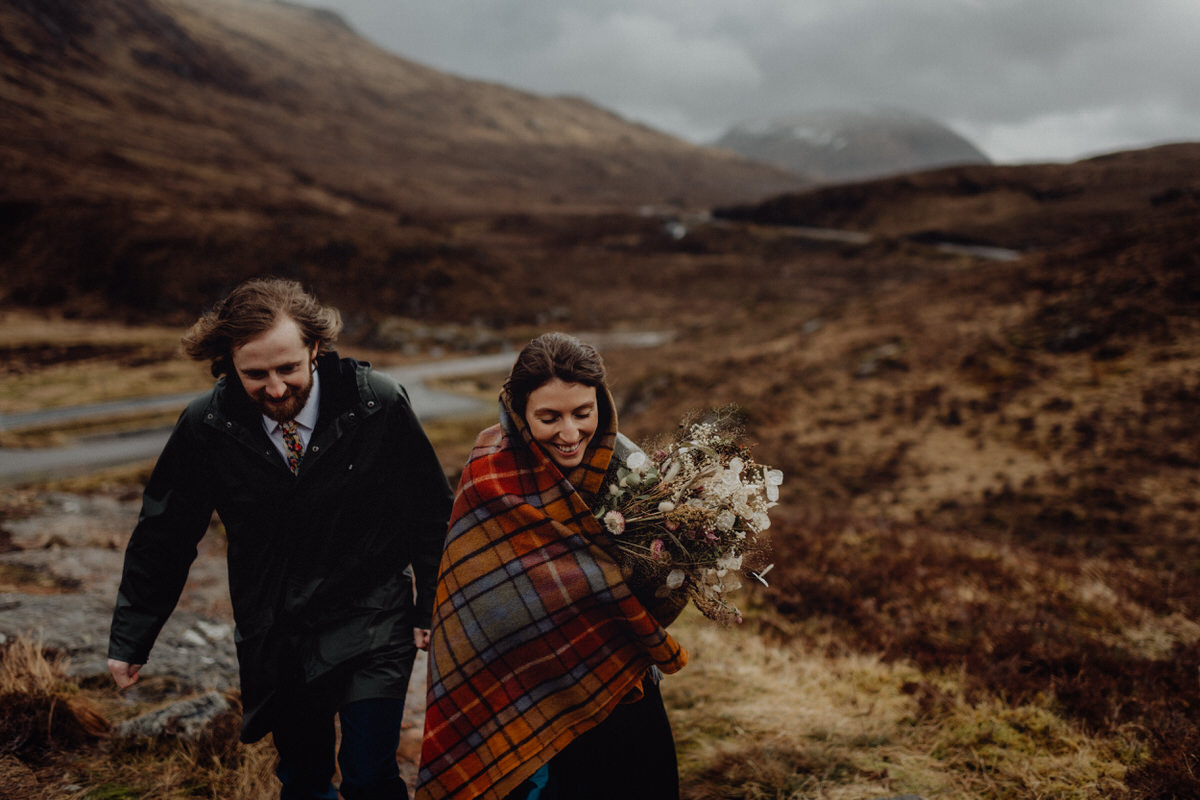 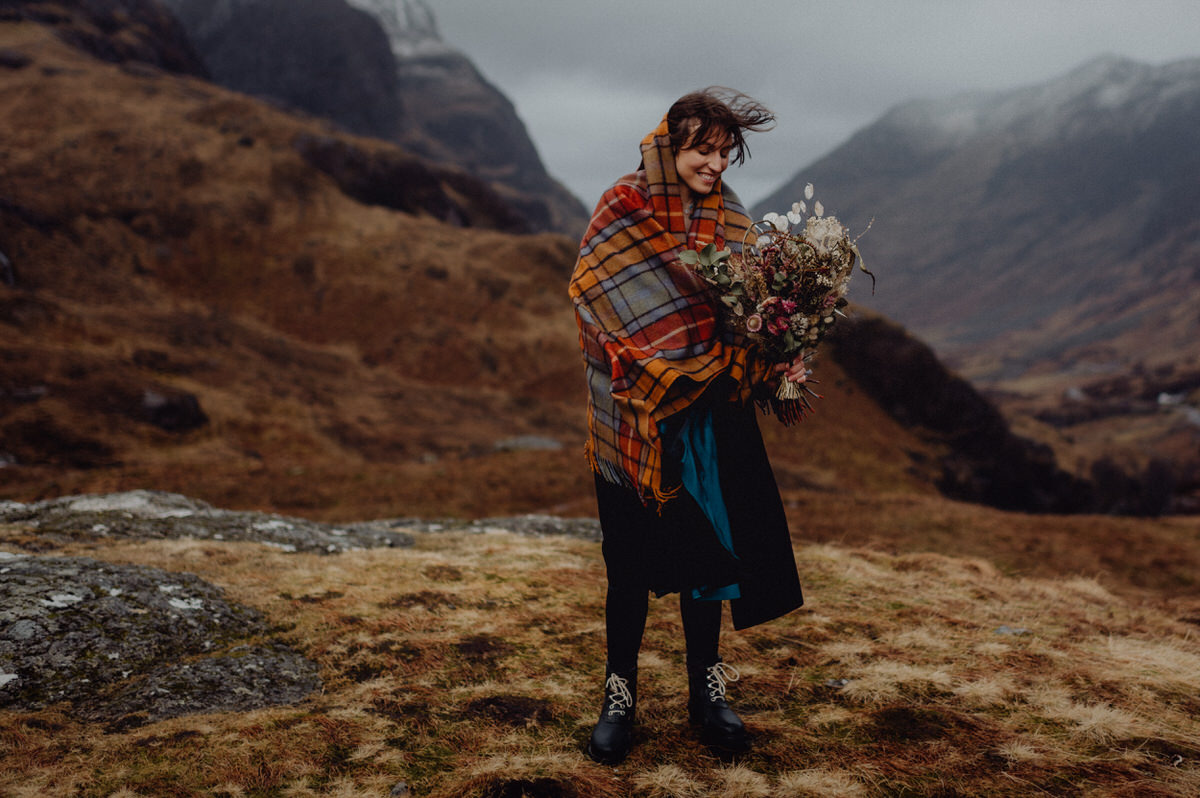 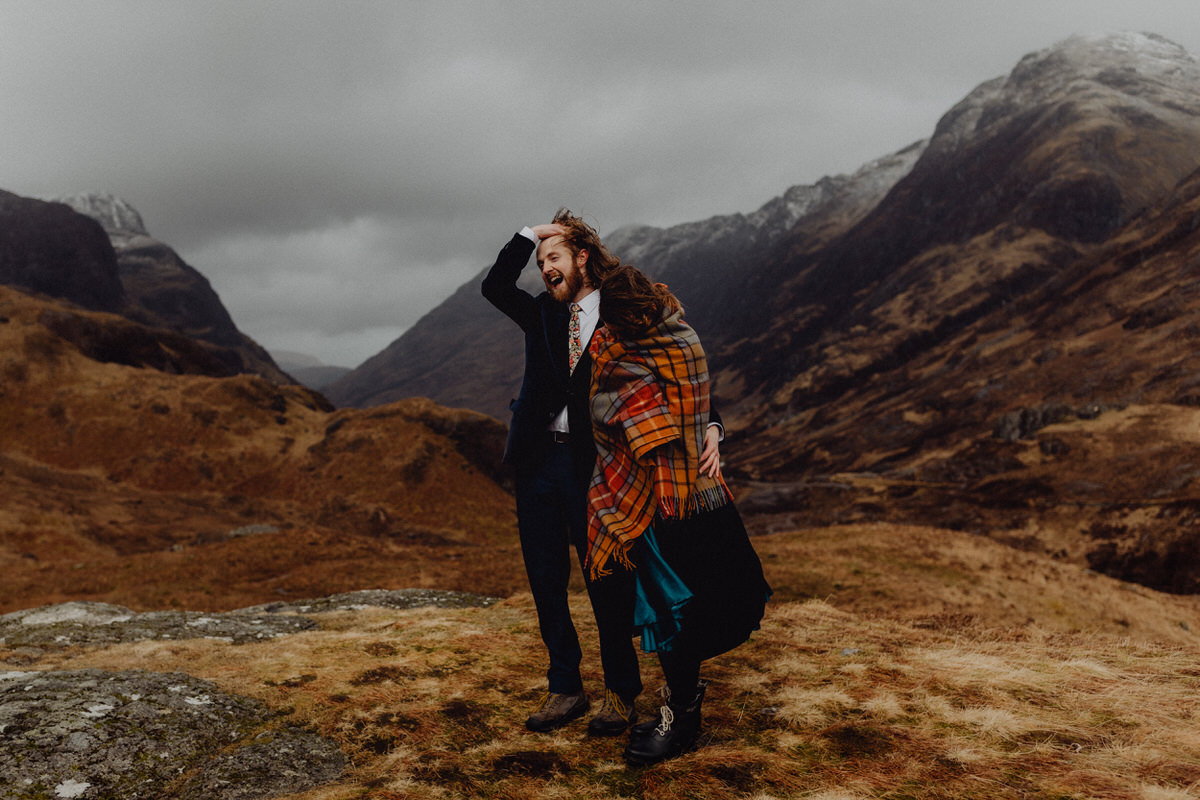 These guys were absolute troopers and cooried in (great Scottish word meaning cuddled!) for their ceremony which was carried out by the fabulous Claire the Humanist.  Once officially married we scuttled back down the hill finish the ceremony with a hand fasting on lower ground.

I feel I should explain the tradition of hand fasting for those not from Scotland!  In medieval times, Handfasting is referred to meaning the betrothal, or engagement, of a couple, rather than the actual marriage. In the late 18th century, they believed that Handfasting involved the trial marriage of a couple, which would last for a year and a day. At this point they could decide whether to officially marry or whether they'd rather part ways.  Nowadays, the act of tying together a couples' hands in a symbolic gesture, that represents the joining of families and the union of the couple, 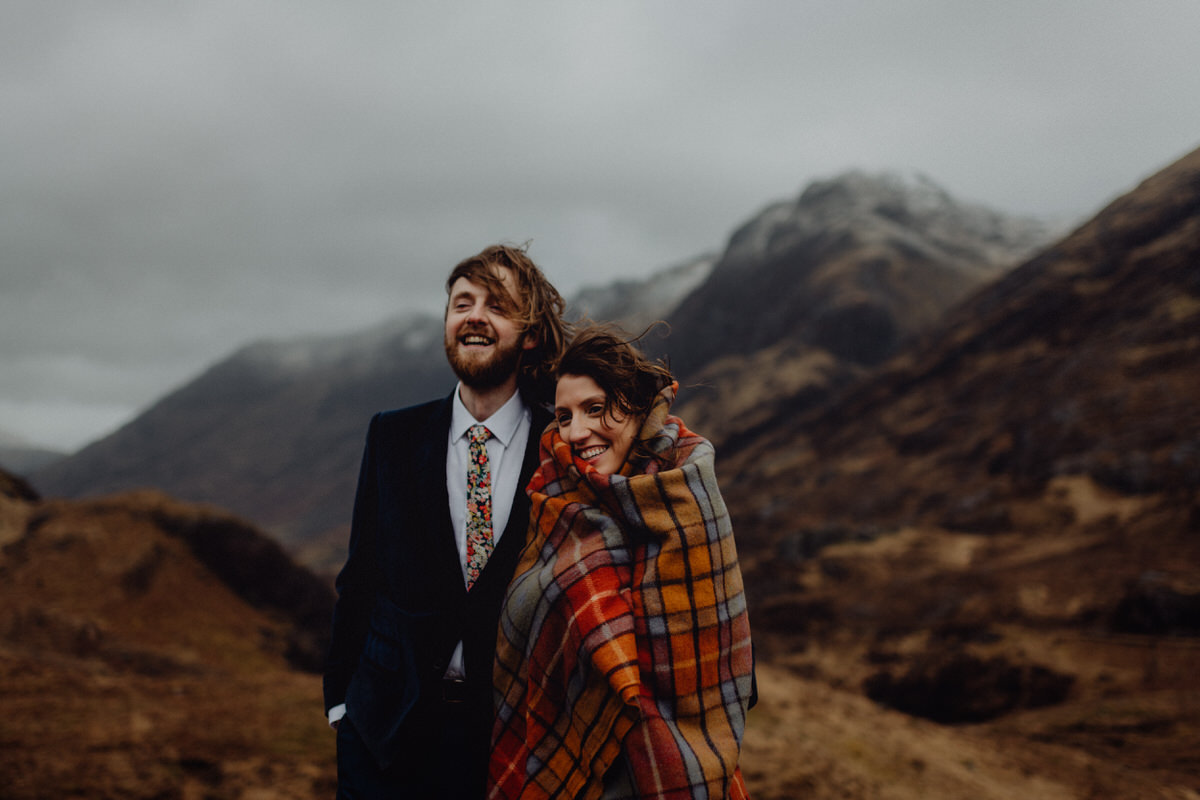 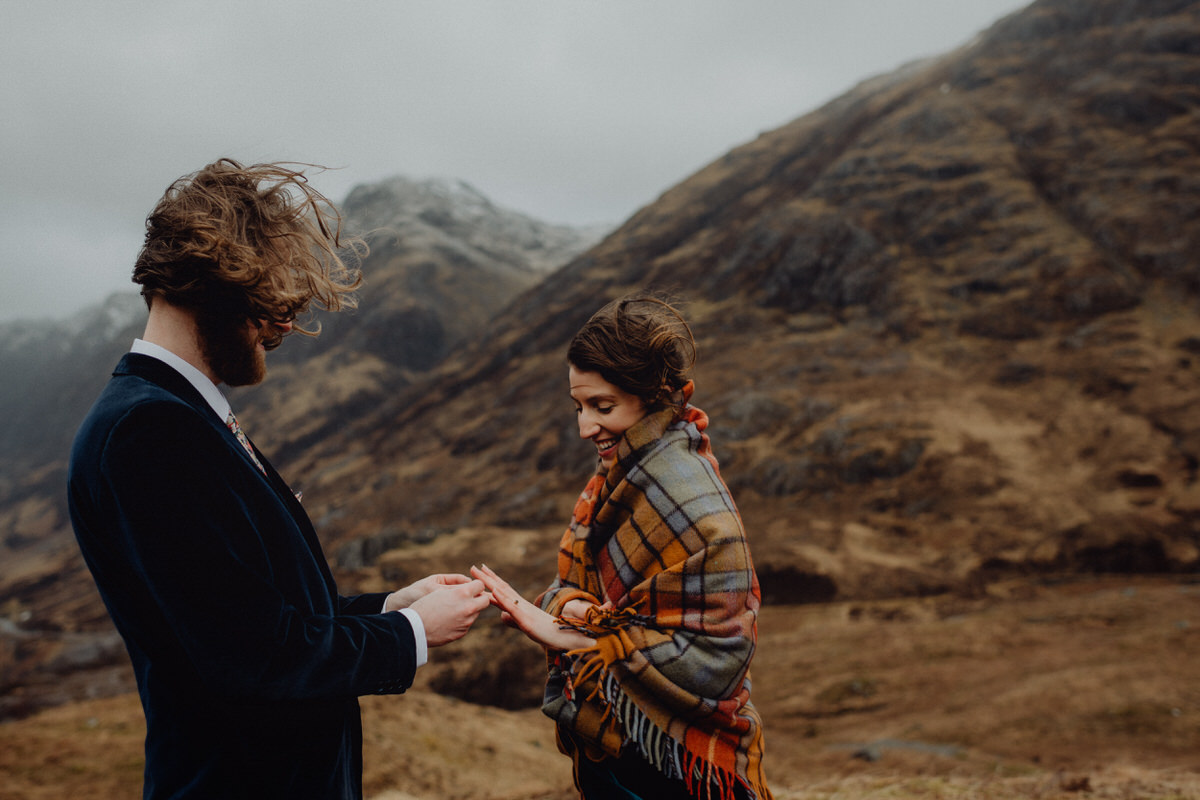 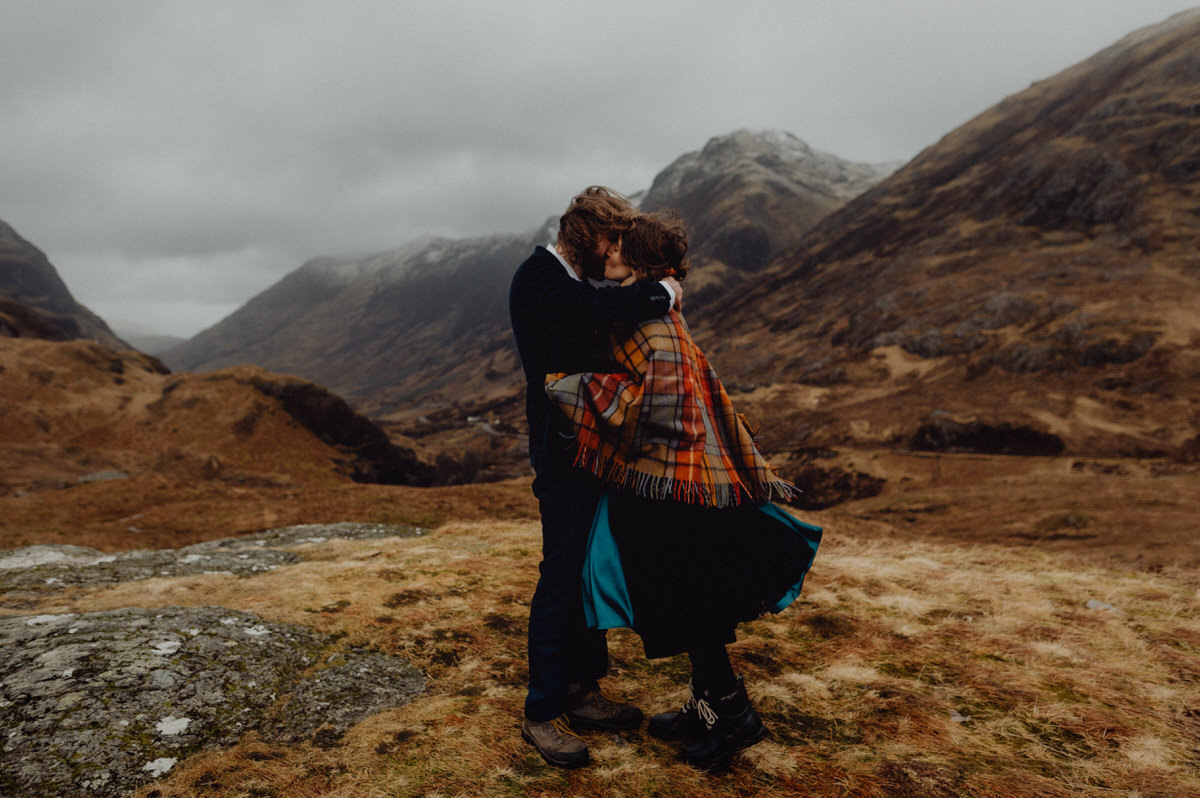 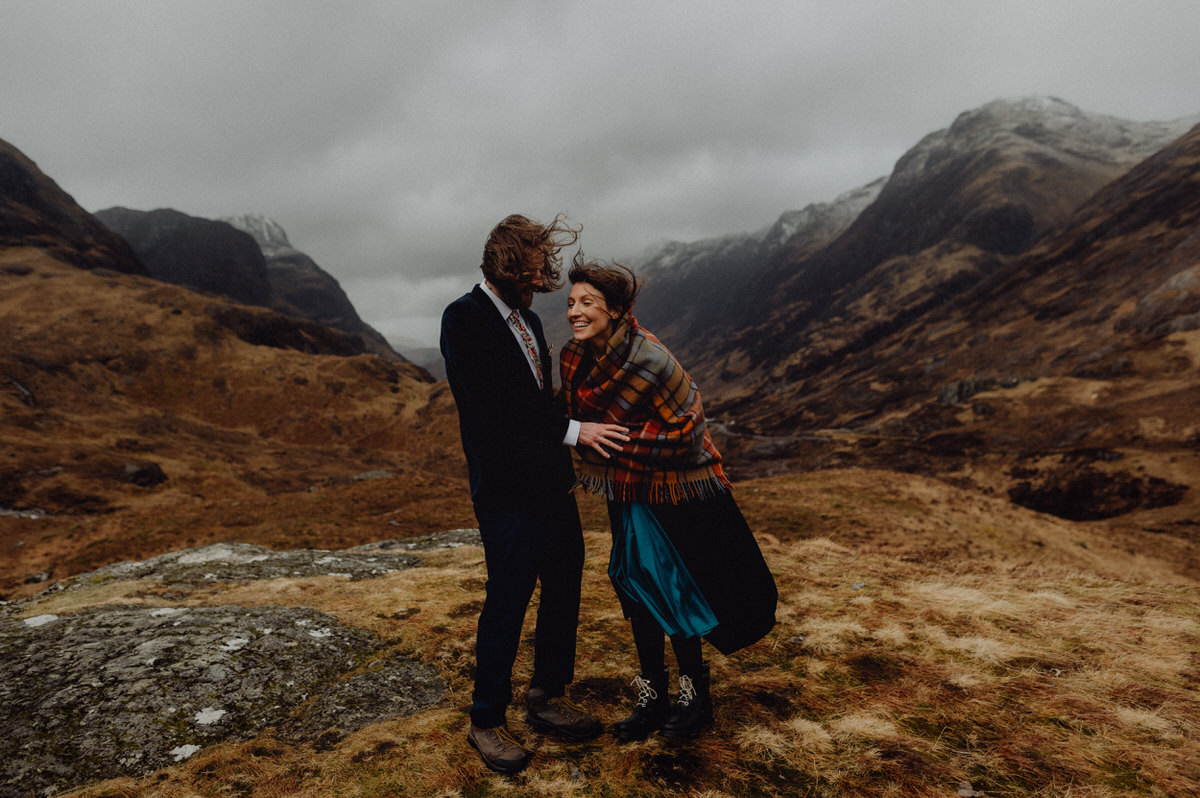 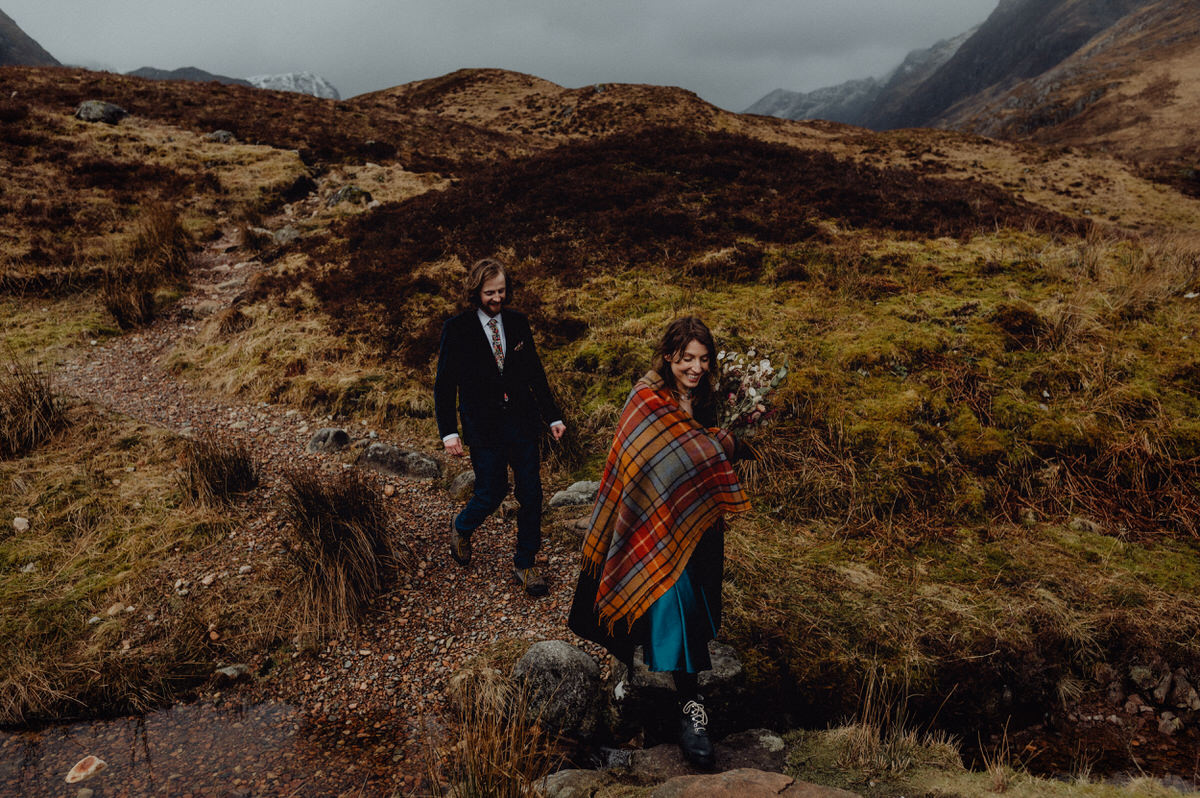 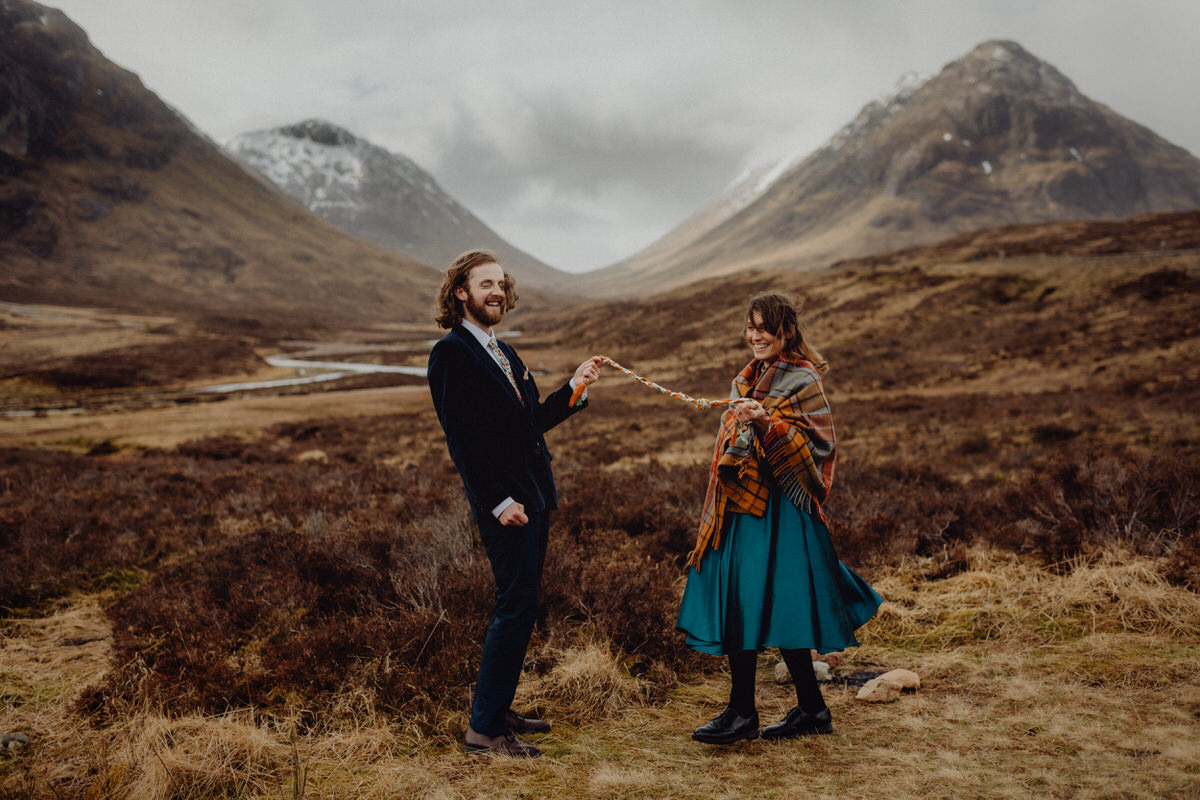 After the ceremony it was time go exploring!  We went around the wee white house for a few snaps before heading out to The Kingshouse Hotel which has breathtaking views of the iconic Etive Mor. 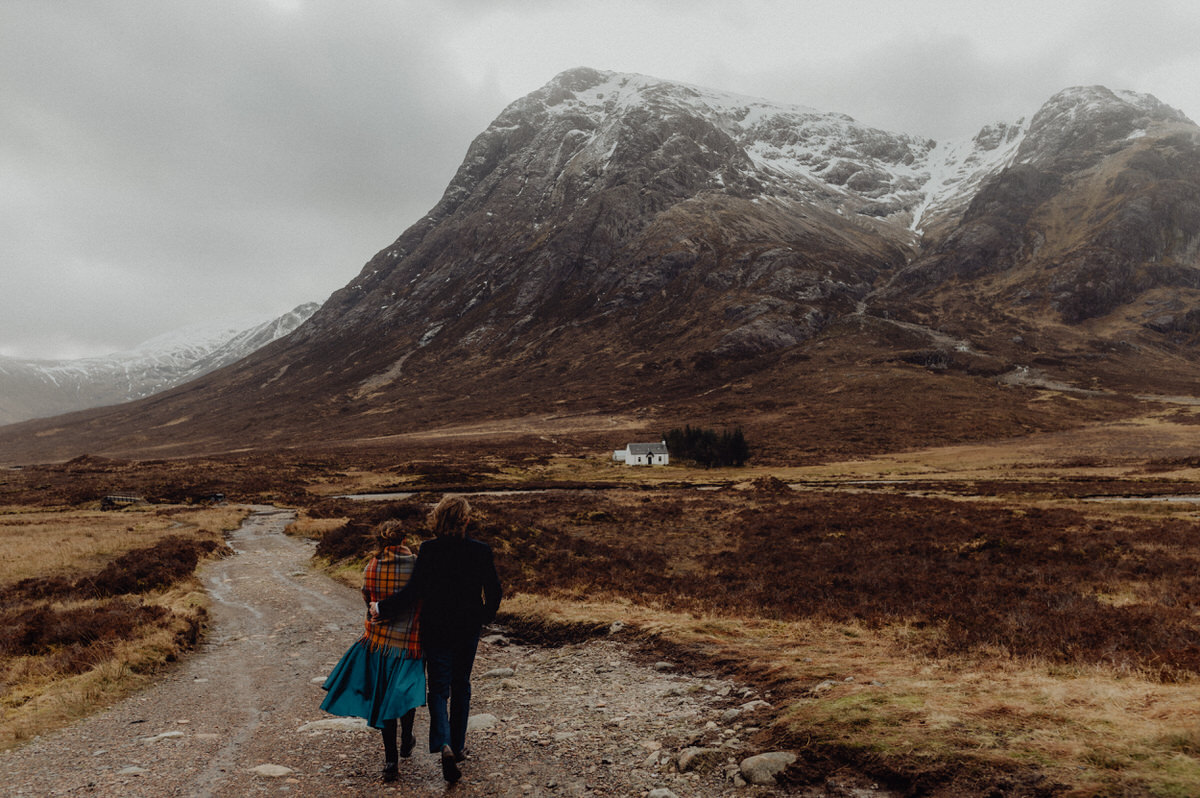 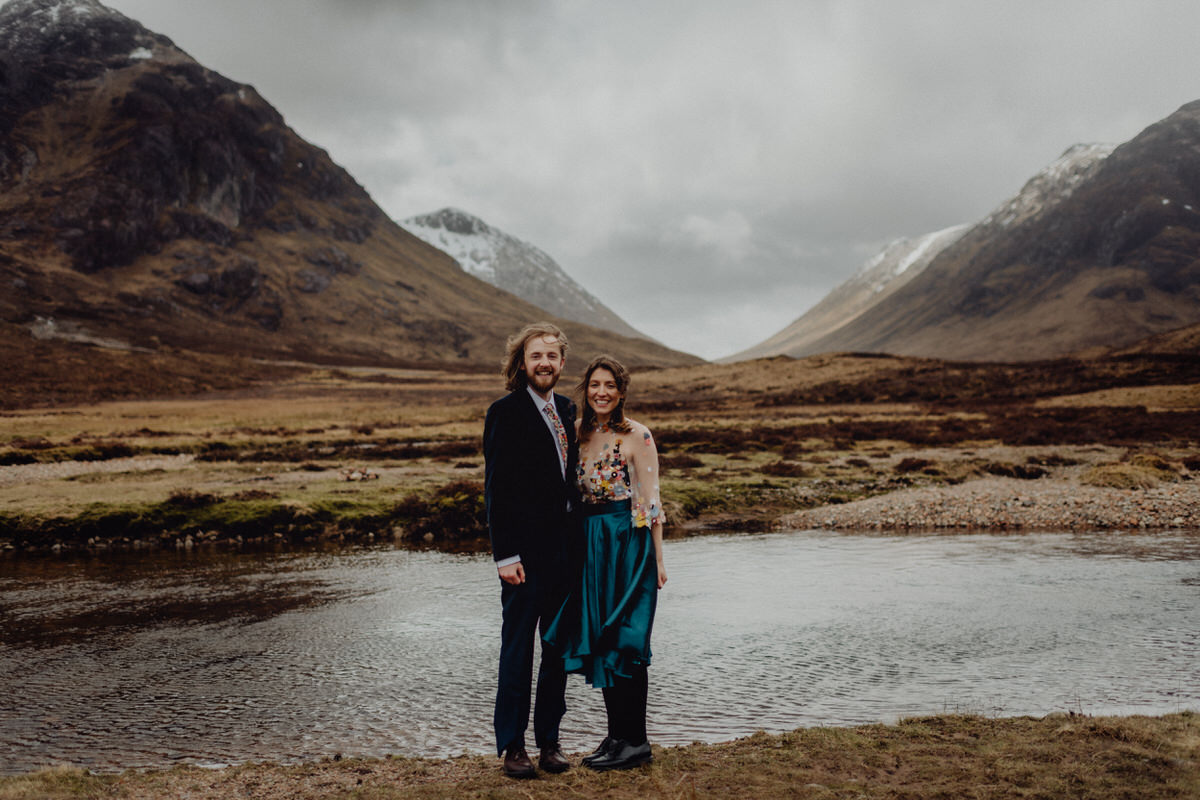 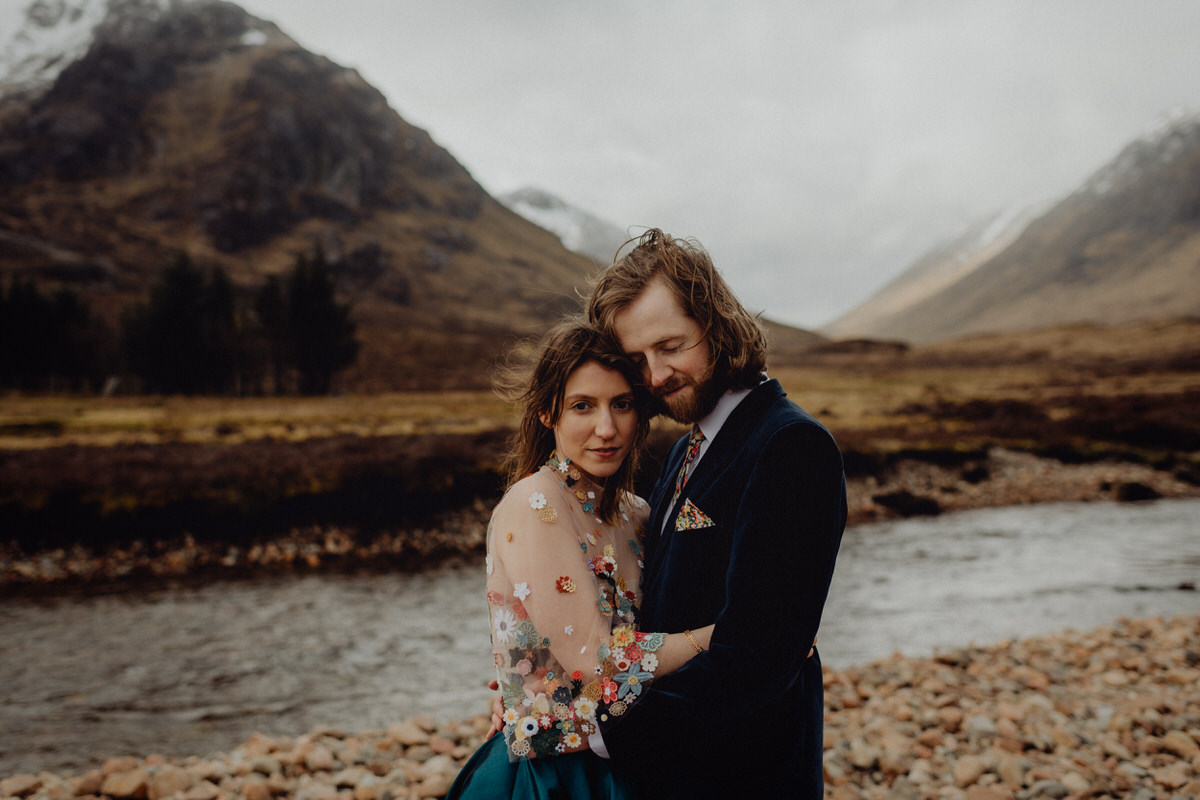 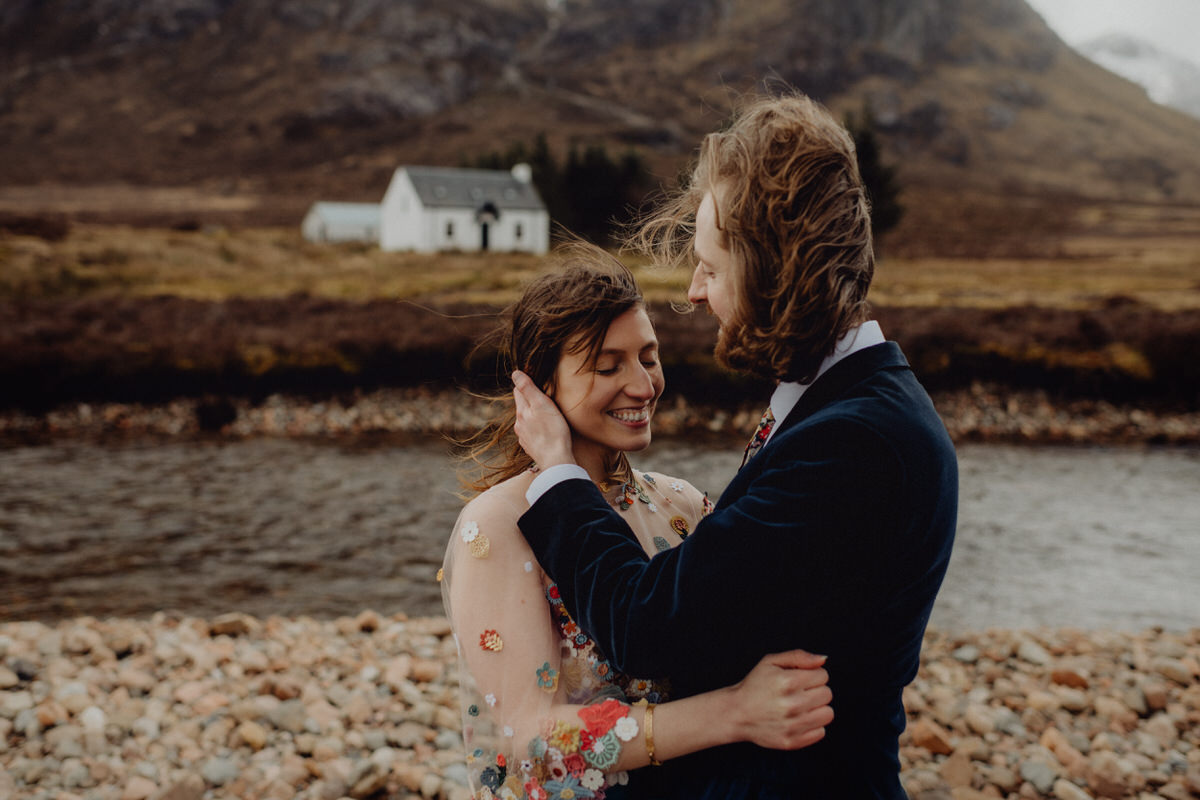 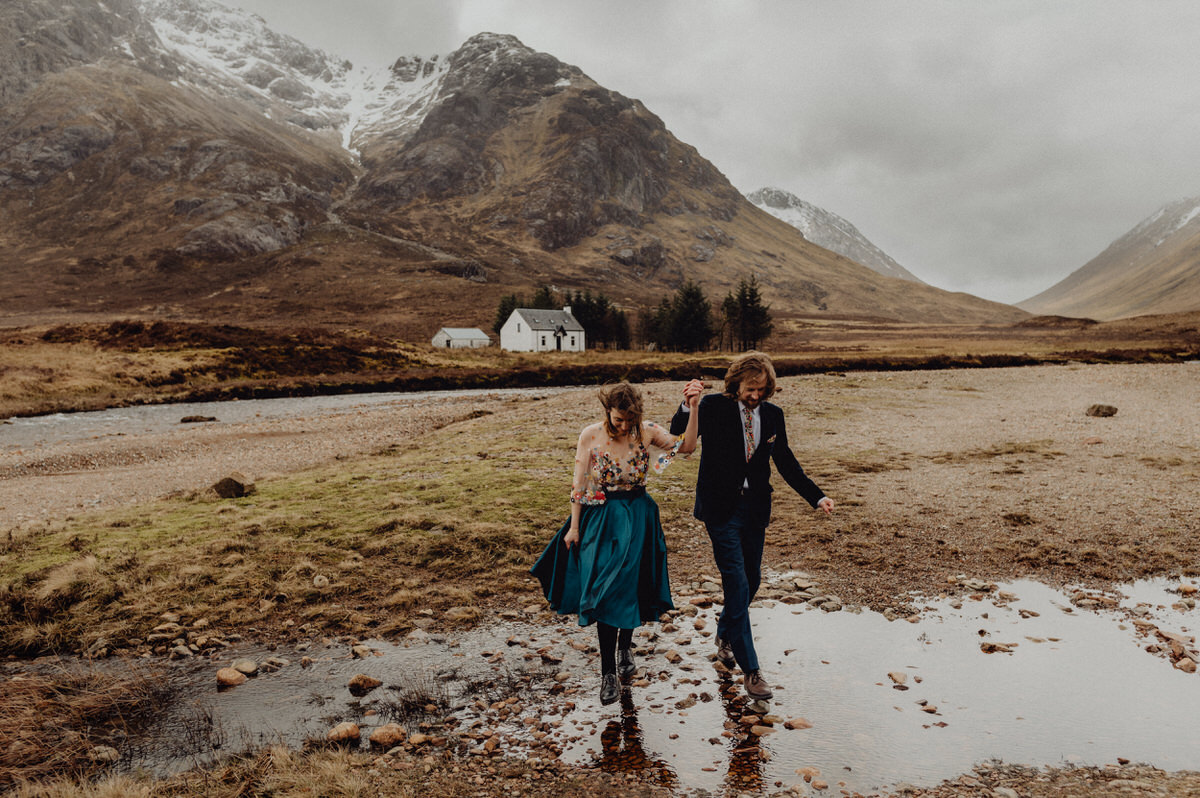 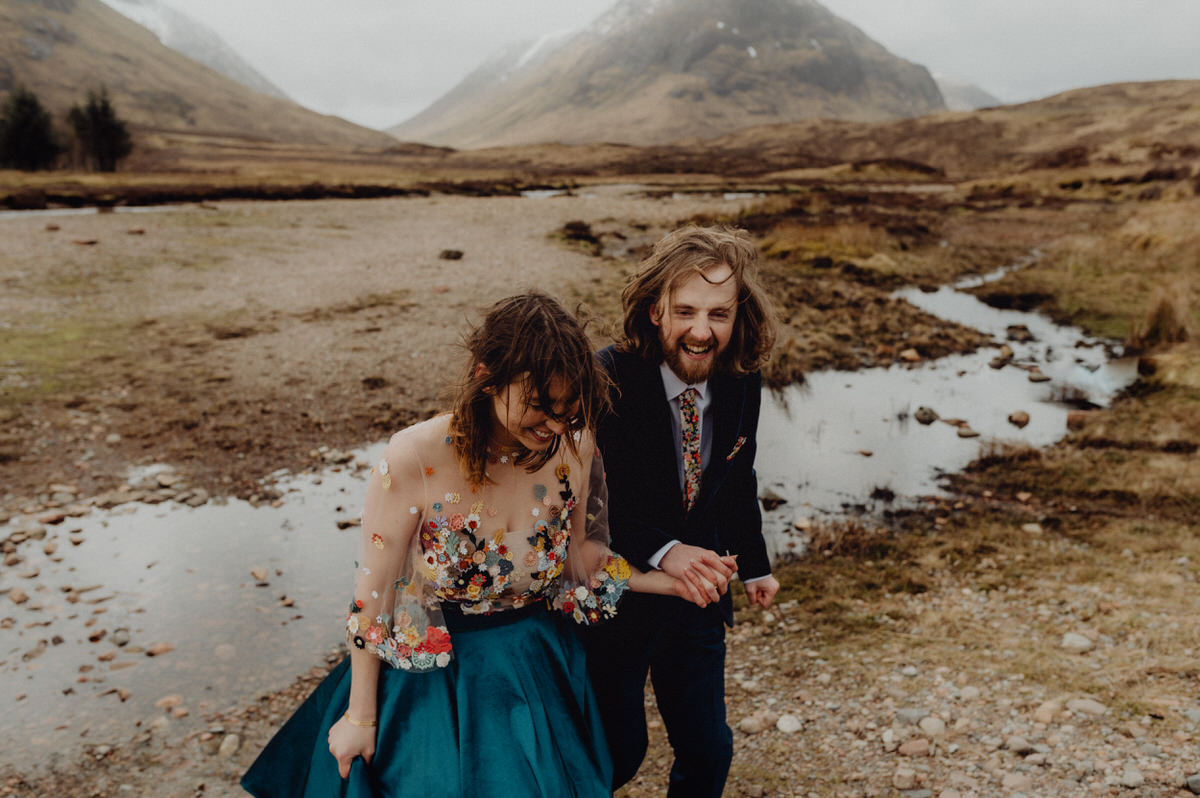 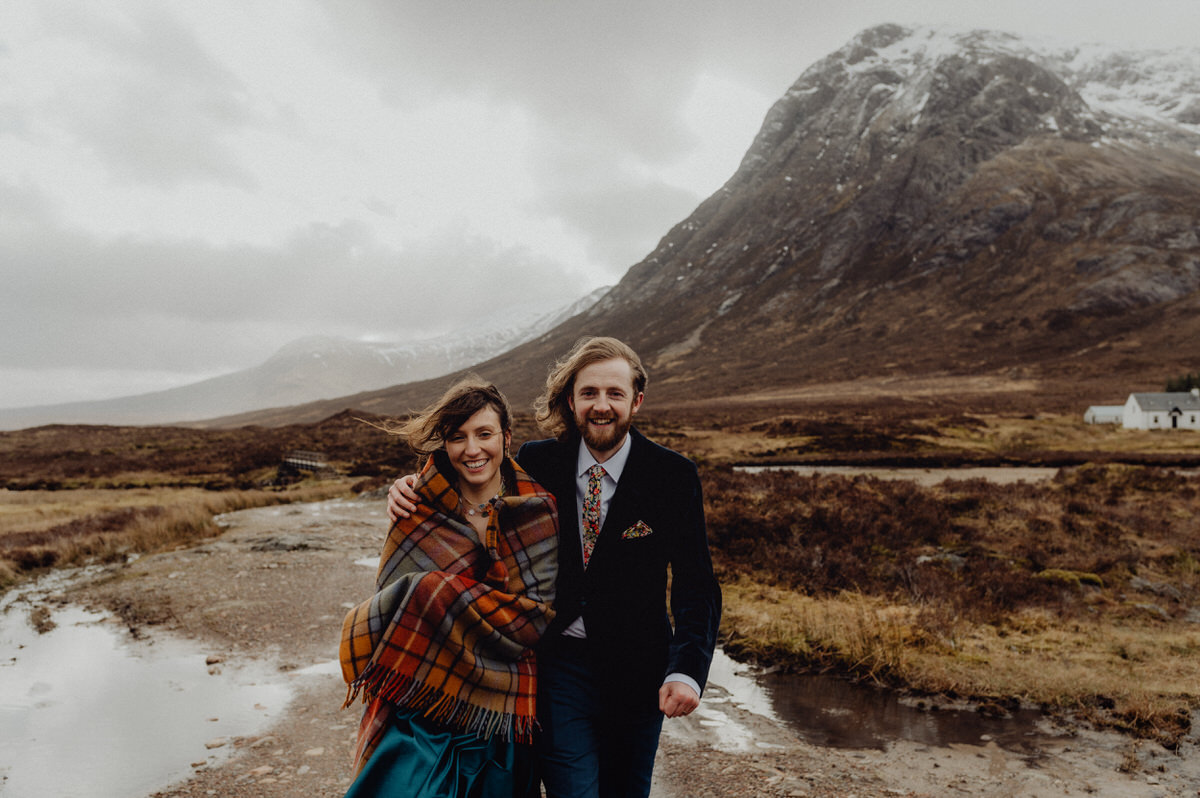 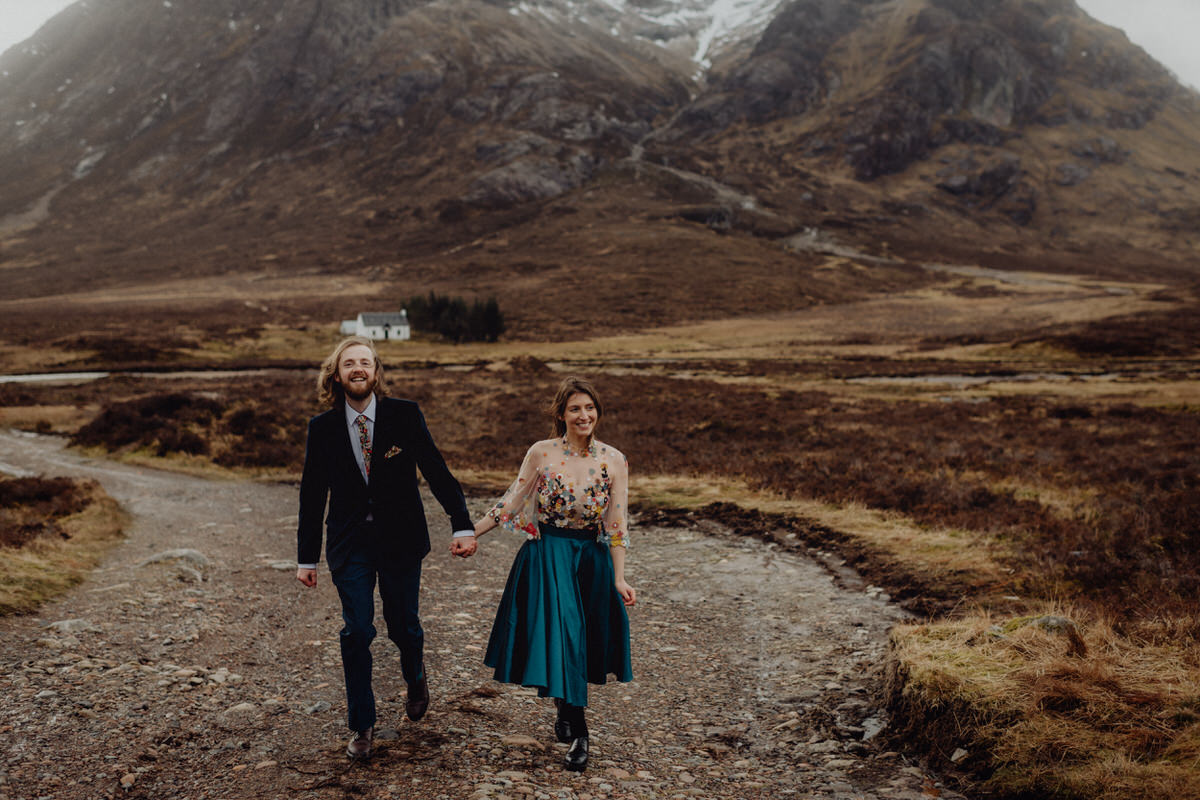 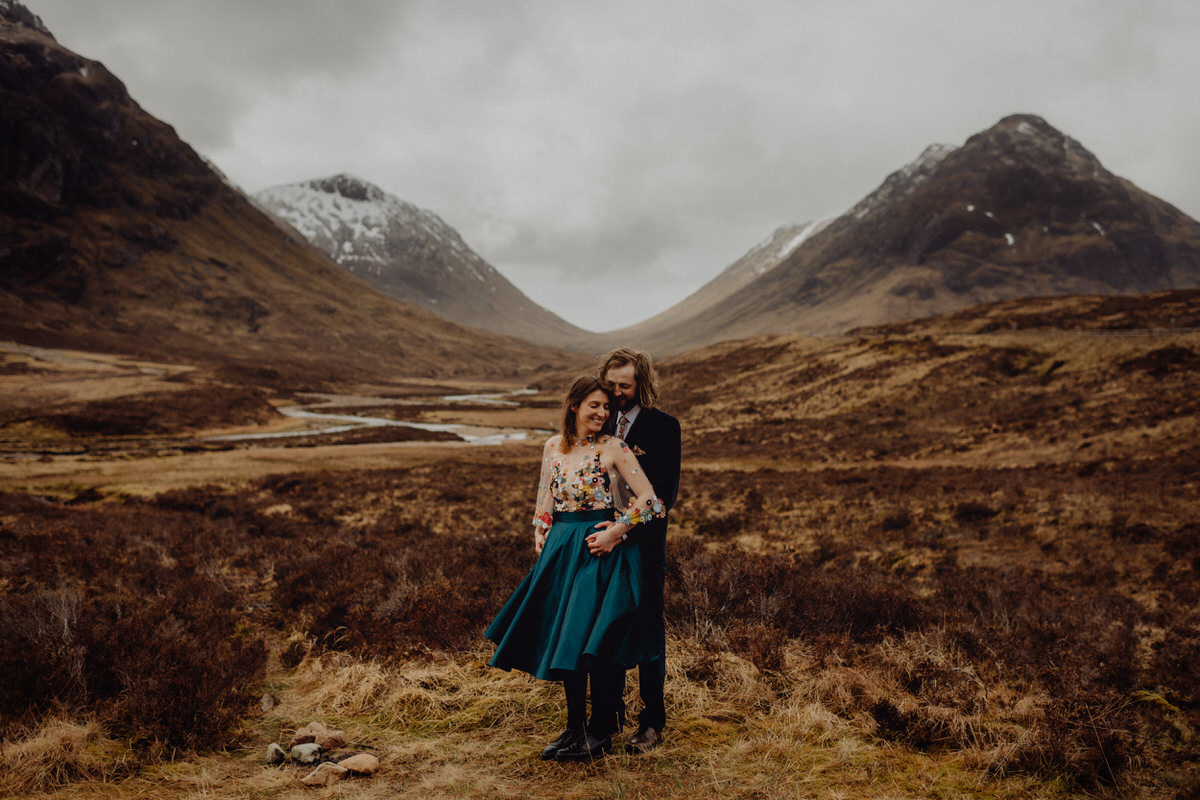 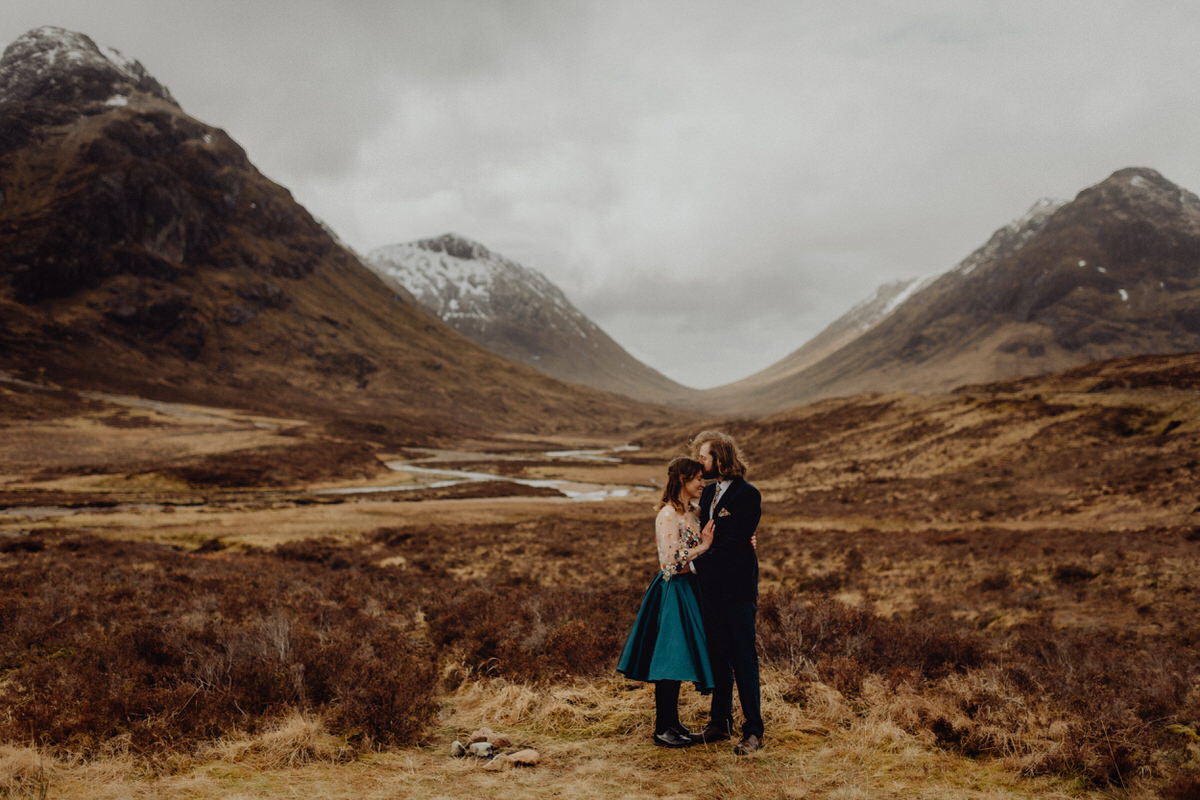 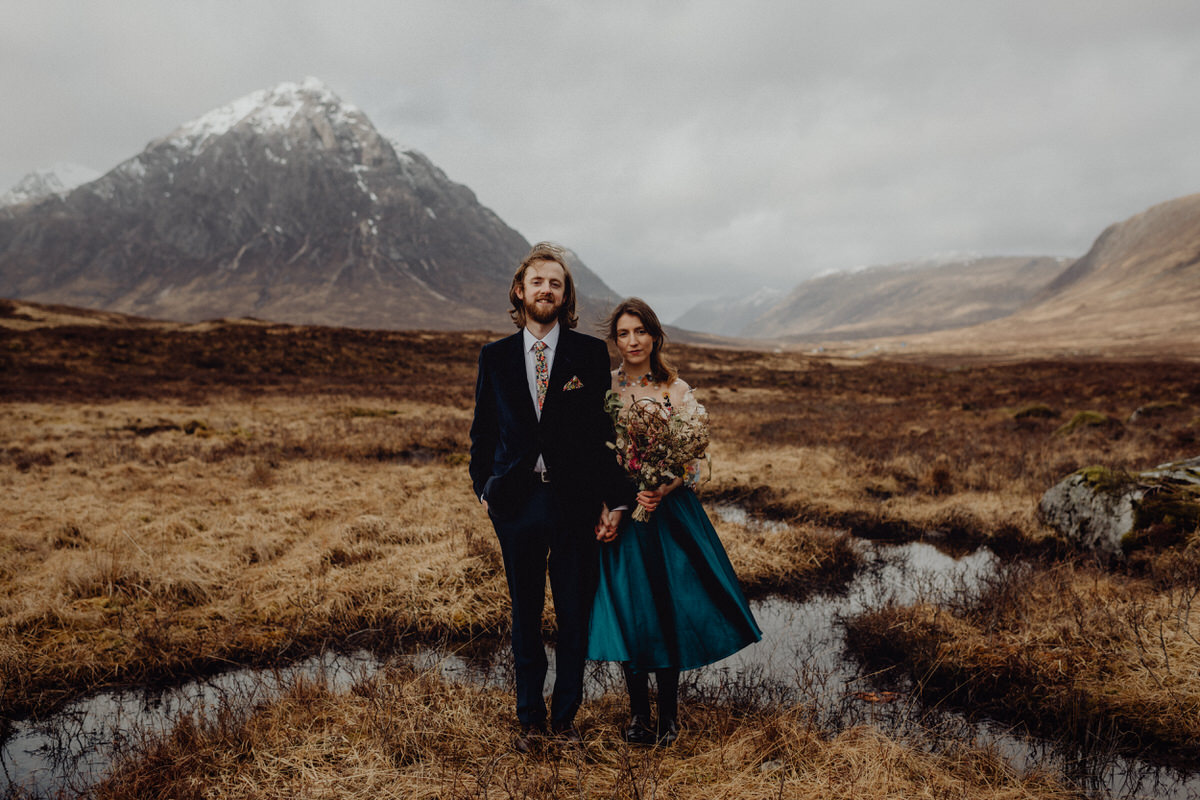 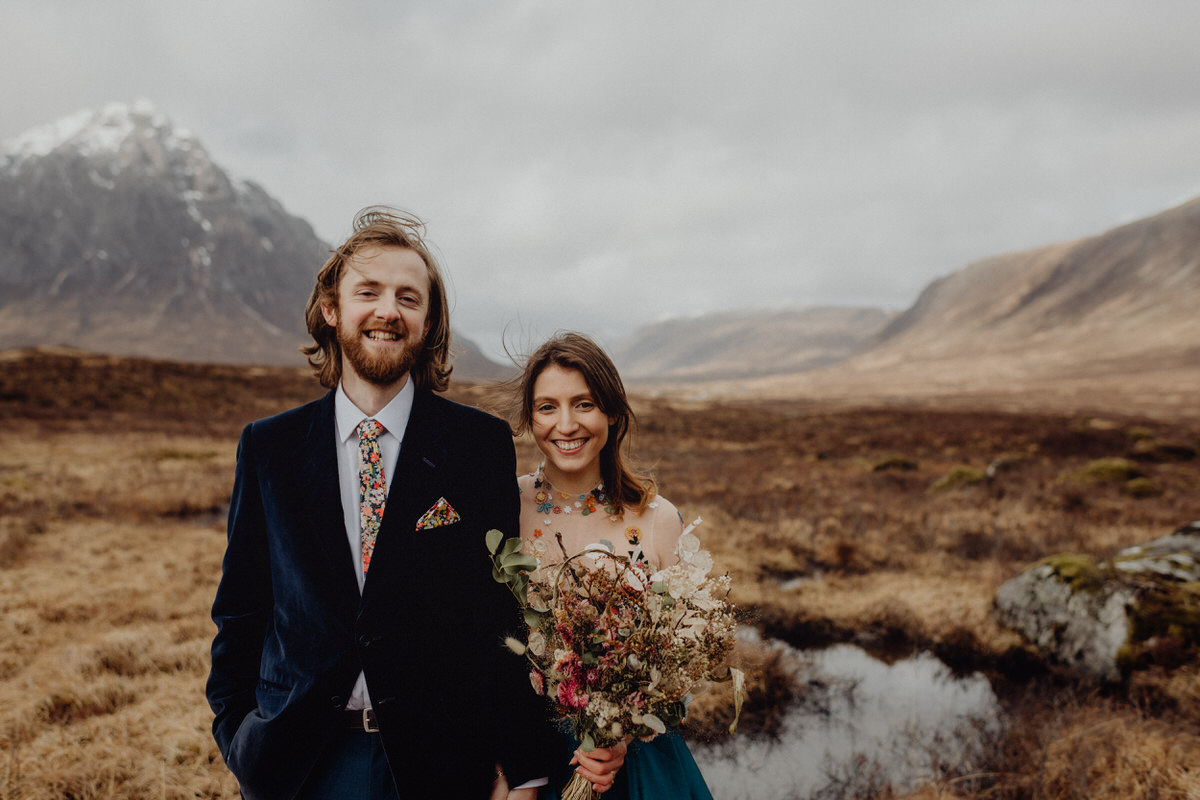 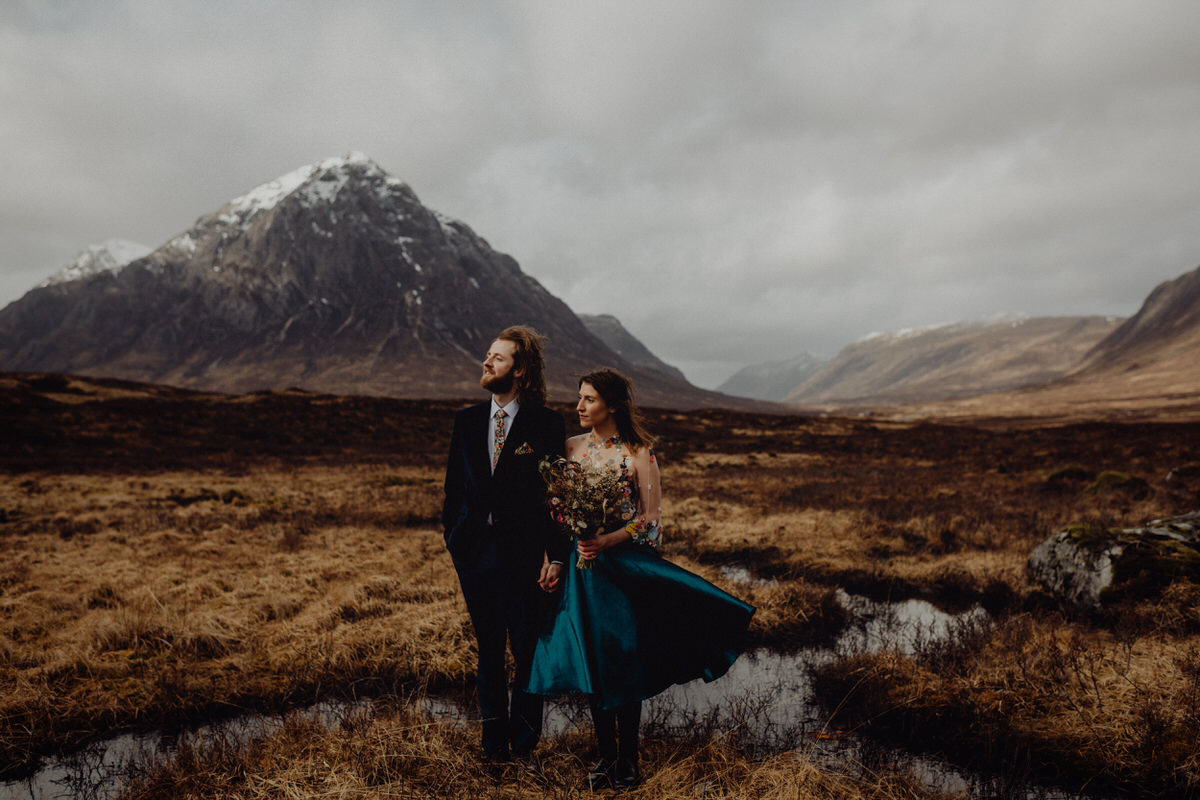 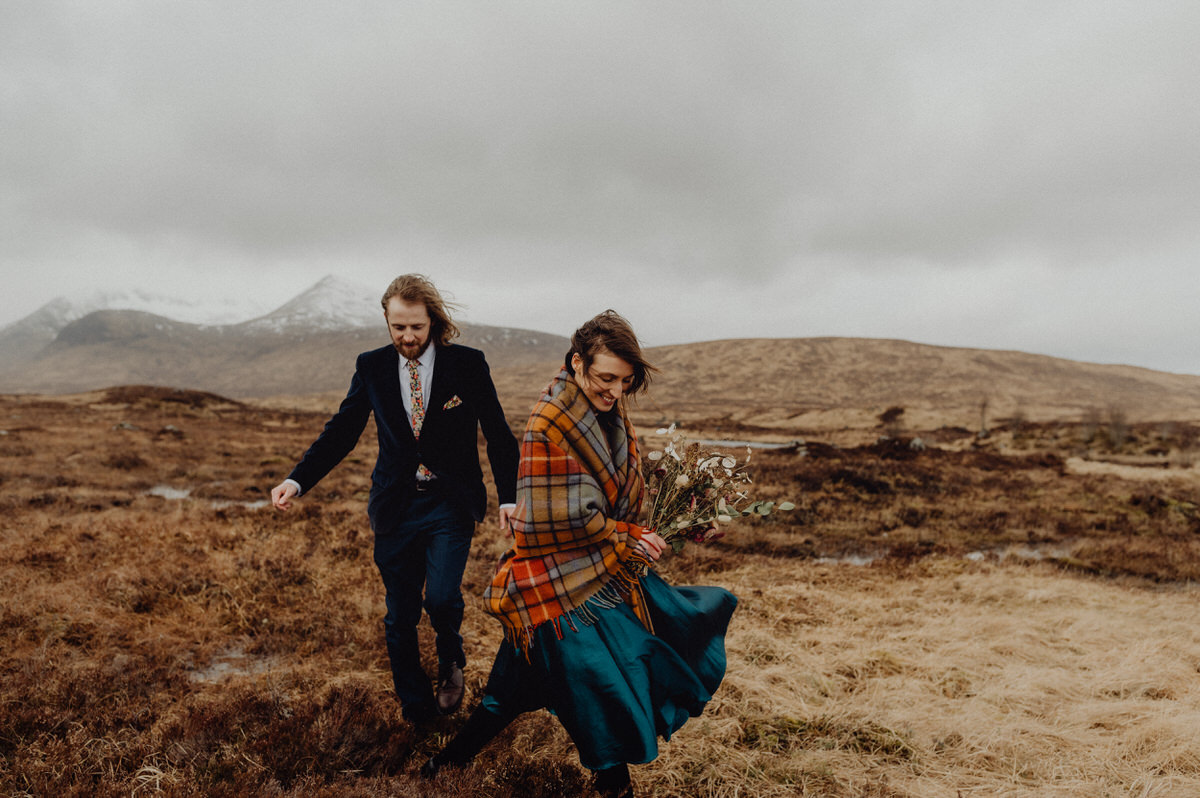 We finished our adventure with a walk through the woods to the still waters of Glencoe Lochan. 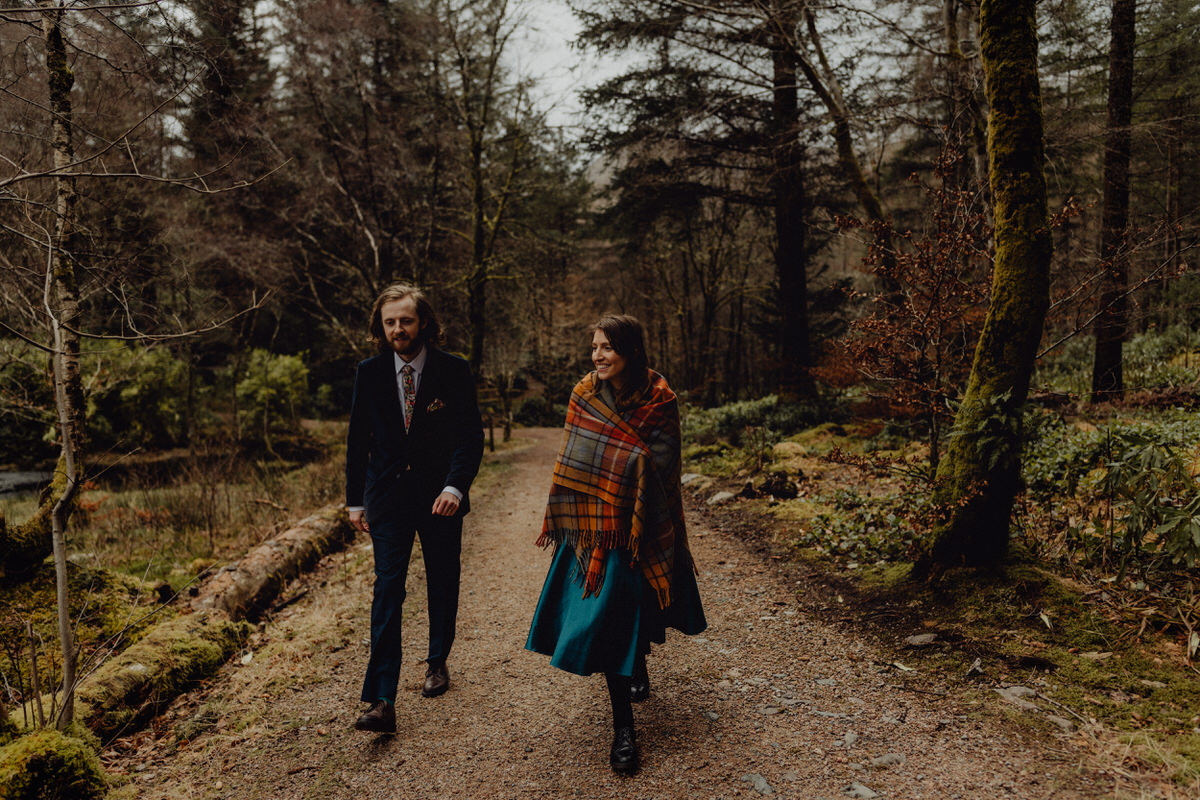 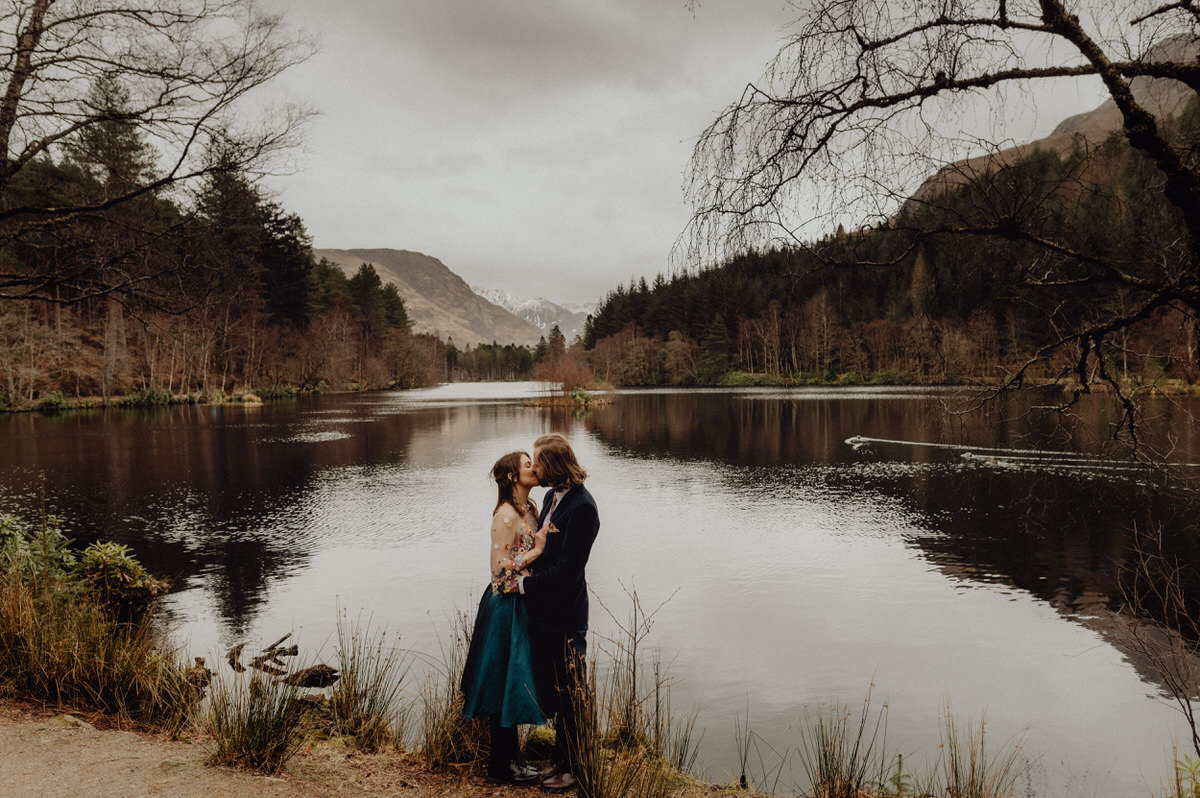 Oh and if you're looking for a oversized stylish scarf to keep you warm on your wedding day like Stephanie's then I highly recommend checking out The Tartan Blanket Co.  These guys are a Scottish family run business who provide the most cosy, well made tartan scarfs and blankets in a range of different colours and tartans.

All the best to Stephanie & Matt, it was such a fun, relaxed and beautiful elopement.

SITE BY THE DESIGN SPACE CO